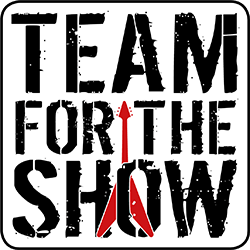 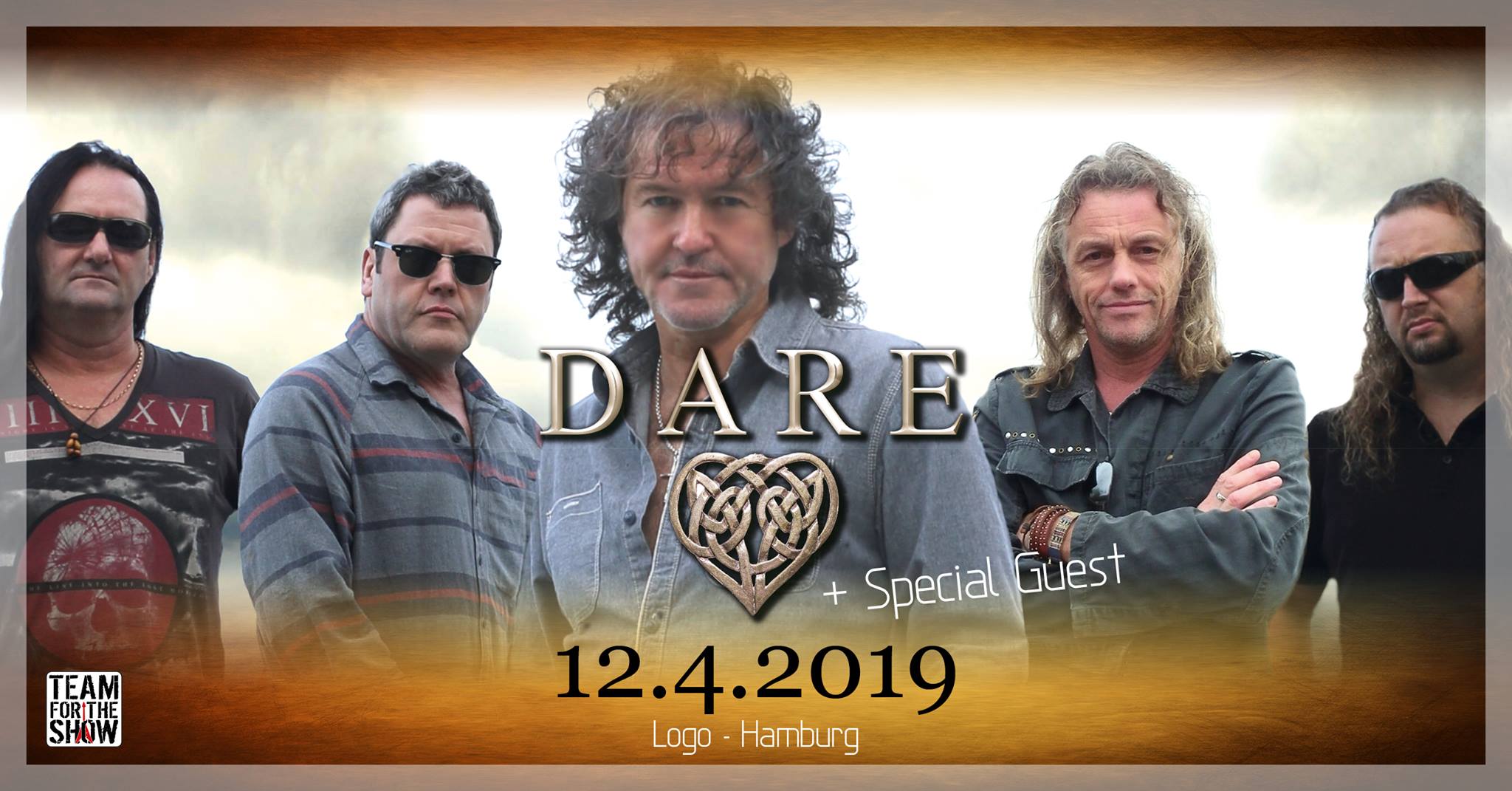 DARE are probably best known for their singer/songwriter Darren Wharton who first rose to fame in the early eighties playing keyboards with legendary Irish rock band Thin Lizzy.
At the tender age of eighteen, alongside Philip Lynott, Darren toured the world and recorded classic Thin Lizzy albums, such as ‚Chinatown‘, ‚Renegade‘, and ‚Thunder and Lightning‘ on which Wharton co-wrote 4 songs, including the hit single ‚The Sun Goes Down. After the sad demise of Thin Lizzy in 1986, Darren returned to his home town Manchester where he began to write, sing and produce his own songs. After recruiting guitarist Vinny Burns, and young keyboard player Professor Brian Cox, in 1987 DARE were signed by A&M records. The band’s debut 1988 album ‚Out Of The Silence‘ produced by Def Leppard producer Mike Shipley is still widely regarded today as one of the all time great AORalbums.

Out Of The Silence II promises to be another great chapter in the book of DARE, as the band and their loyal army of fans celebrate their 30yr Anniversary with a Special Edition of their debut classic album. Out Of The Silence II has been completely re-recorded and in Wharton’s own words „has taken on a new life“. Rockier and harder sounding than and the original, this fresh new recording will set the stage for the bands European tour starting off at London’s Shepherd’s Bush Empire on the 18th May. With a brand new studio album set for 2019, it’s clear that DARE are here to stay, and ready to Rock!! 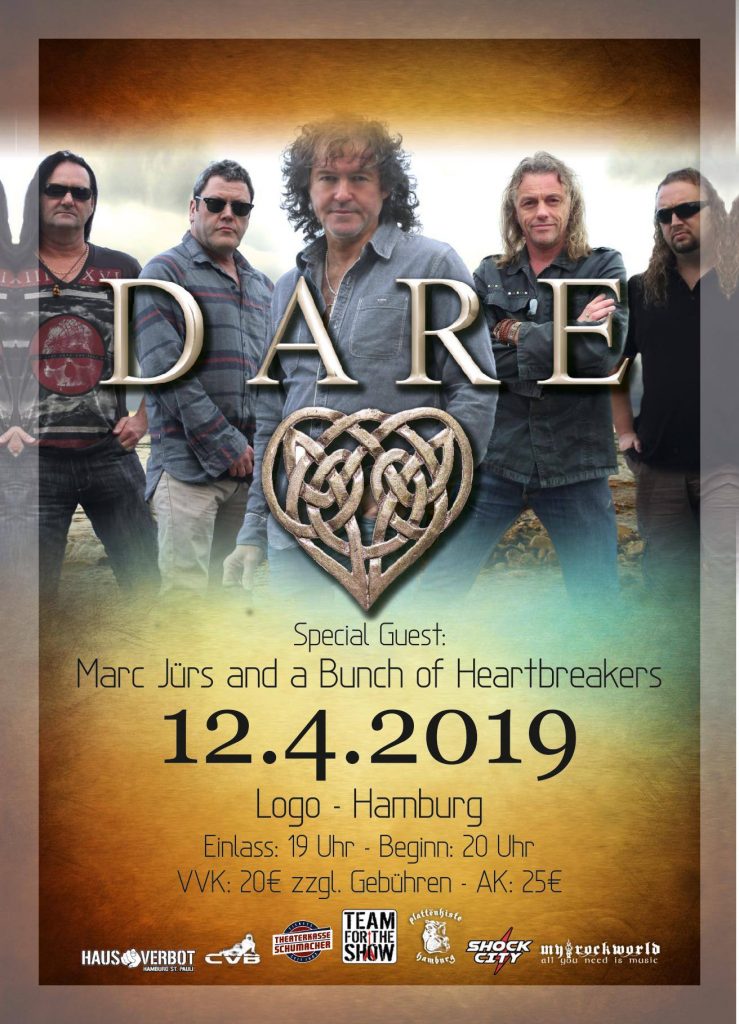